Nothing Changes If You Don't Volunteer

Hello Dear Reader, last time on Day's of Our Lives there was an election, some people resigned, and other's were appointed.  Let's join this already in progress.  So it appears that the 2011 PASS Board Elections did not go quite as smooth and un-controversial as this old friendly neighborhood DBA would have liked.

Good Question Dear Reader, I'm glad you asked.  Brent Ozar(@BrentO | Blog) has already done a good job of cataloguing not only his comments but just about everyone else's so far, read here PASS Board Brouhaha BS Bulletin.  Now this election season I tossed my hat in the ring to participate in the NomCom, I'm on the NomCom What's a NomCom, so I feel a little more personally vested this time around. 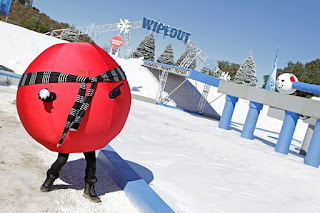 Going into the job I had read about the previous year's controversy.  I wanted to know what I was getting into, I also wanted to make sure that the Community first and foremost got a fair shake.  I've had the opportunity to do some very cool things this past year.  And hopefully I'll get some more chances to do even more.  But I'm not so inundated into the PASS nomenklatura that I consider myself an insider.  Most the time I feel like Tim Drake that just tricked Batman into letting me into the Bat Cave. 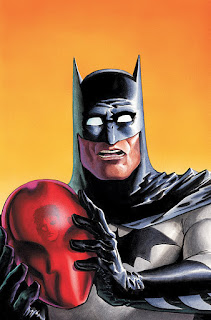 Two Years Ago if you had asked me who ran the PASS board, that was responsible for the PASS Summit, I would have told you that it was in some Super Secret fort up in Redmond where Paul Randal, Andy Warren, Steve Jones, Brent Ozar, and Kimberly Tripp sat around with secret decoder rings solving the world's problems with the help of Microsoft's finest.

So when I submitted to be on the NomCom I did not expect to get on.  People were supposed to submit, and then there would be an election to fill the 3 Community slots to give the Community-at-Large the majority seats on the Committie.  Instead of that, only 3 people submitted and we were appointed to the slots.

I want that to sink in for a moment, ONLY 3 PEOPLE SUBMITTED.  Not in a bad way, but in a OMG I COULD HAVE DONE THIS, kind of way.  If you had any opinion on this election, you could have participated.  Seriously.  The time commitments were there, but they were not nearly what I was expecting.

Very early in the NomCom process Thomas Larock (@SQLRockStar | Blog) said something that stuck with me the entire time.  "We are not here to eliminate anyone.  Our job is to put forward the best slate of candidates for the community to decide upon."  I knew we were there to trim the slate if needed.  I wasn't sure how this would be achieved yet, but I never forgot that.  We were not there to decide but to make sure that the community could decide.

When it came to the candidates we were told that at most we could present a slate of 12.  6 applied.  Once again I would like that to sink in.  ONLY 6 APPLIED.  There was no secondary International Candidates to choose from, there was no one eliminated.  As a matter of fact we could have accepted more candidates if anyone had applied.

At that point our job consisted of vetting the candidates to see that each would be able to fulfill the duties of a PASS Board Member, and to rank them and present them to the Board.  The Board approved the slate and our job was done.

WHAT SIDE ARE YOU ON BALLS?

Just to clear a couple things up, I like Brent.  I think he's swell.  As do I Tom Larock, Sri Sridharan, Kendal Van Dyke, Geoff Hiten, Bill Graziano, and I would probably like JRJ even though I haven't' met him.

Brent reminds me of  one part Stephen Colbert another part Intrepid reporter.  He would probably win an election in a LANDSLIDE, (in South Carolina), but his schtick isn't something that lends itself to stuffy board rooms.

I could be wrong, I'd love to see Brent on the Board.  But let's face it, the man knows what he wants to do in the SQL world.  Sitting on the PASS Board isn't one of those things, or Brent would already be on it.  But just like Stephen Colbert we need to know when we look like @$$holes, and he is the guy that is willing to call us on it.

I feel for Sri.  Sri I think that you campaigned just as hard as, and harder than most people out there.  The effort you put into your campaign really impressed me.  You have done a lot of amazing things down in the great Republic of Texas, and SQL Rally is going to be an amazing event.  I hope you do not lose heart in the community.

In the days before personal computers when we just had telephones to talk over I remember my Dad once telling me that people were a lot braver over the Phone than they were in person.  When I asked what he meant by that he told me that, "People would say things over the phone that in person would get them punched, and if they were brave they wouldn't bother with the phone call."

I think that as adults we have to recognize that Sometimes we have arguments,  Sometimes we shout when we should listen, Sometimes we say things that we regret, and Sometimes we wish that no one was around to see the whole sordid mess.  Sometimes you let these things pass because nobody wins, if you just keep tossing mud.  I know I'm guilty of that, and I would bet I'm not alone.

We had 6 fabulous candidates.  3 won.  1 was appointed.  Everybody said if any of these 6 get elected we are all winners.  Well congratulations, we got 4 out of 6.  Not bad.  Not bad at all.

SO WHAT ARE YOU GOING TO DO ABOUT IT?

Sure I think that JRJ would have made a great 7th candidate, sure I wish that as part of the NomCom we would have had a chance to examine him as we did the other candidates.  But I know from what I'm reading he is like so many others in the SQL Community.  Great.  Passionate.  Dedicated.

So next year I'll volunteer.  And if I ever feel I'm up for serving on the PASS Board I'll run.  In the meantime I'll work with my local chapter.  I'll help with the next SQL Saturday Orlando.  I'll speak at any event and User Group that will have me.

But more importantly you should too Dear Reader!  Because the only thing that we the SQL community love more than a little Brouhaha is Volunteers. And you will be welcomed with open arms. And who knows maybe next year I'll read about you on the NomCom, or vote for you when your running for the PASS Board.  A journey of 1,000 miles begins with just one step.