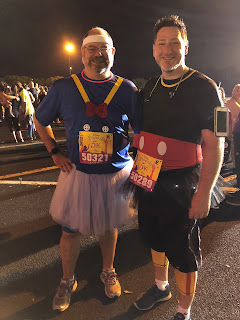 Hello Dear Reader!  Last week I was fresh off of finishing the Run Dinsey 5K, 10K, & Food and Wine Half Marathon.  My good friend Josh Luedeman (@JoshLuedeman | Twitter), his wife Lisa, and my wife Sue all did the 5K together.

The 5K was particularly meaningful to me.

My dear friend Gareth Swanepoel and I once did the Princess 5K together.  Gareth was famously known throughout the Microsoft Data Community.

If you knew him, you have only to close your eyes to see his beaming smile and hear his booming laughter.  Gareth was the one who got me to start running in the first place. 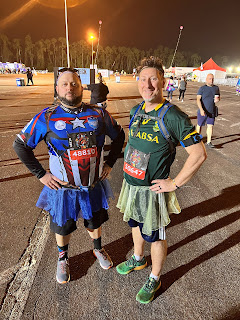 We were supposed to walk, but the excitement got to me.  I had trained for this and was not yet running longer races and I ran off.  I then ran back, in the end I completed a 7K instead of the mere 5K we had signed up for.  I was worried I had upset him by running off, instead we laughed and he loved the progress I had made.  In the end we finished how we started.  Together.

Josh & I had signed up, and as we walked the expo floor I saw tutu's and better yet! Sparkly headbands!  I bellowed out, "OH WE ARE DOING THIS"!

Josh, to his credit, was a fantastic sport.  While these tutu's did not light up, we found tutu's that matched our jerseys.  To make it even more special Gareth's sister Tessa had given me two of Gareth's shirts.  A rugby jersey that bore his name and his favoirte Rugby team, which I wore.  Another was his Captain America Sharks jersey which was given to Josh and he wore.  Both of those shirts have special significance outside of just them belonging to Gareth.  Gareth wore these multiple times around us and for special occasions.

So we two friends started out the weekend, in tribute to our dear friend and we finished the way we started.  Together.

On to the show.

On the Tuesday show we had Andrew Nathan (@AndrewNathan05 | Twitter) Principal Engineering Manager from the Azure FastTrack Infrastructure team.  Andrew is also a Veteran, and he is very active in Veteran's organizations within Microsoft.  Andrew shared with us his experience transitioning from the Military to Microsoft.

His perspective is one that we have encountered many times with former and current Military members.  Operational excelence is the standard operating procedures.  Many veterans do not realize that the skill set they have translates to a career in technology and in IT Security. It was a fantastic conversation, and it will lead to many more conversations we have with Andrew in the future.

Thursday is Community Round Table day!  We had a call for content this week and recieved some great submissions.

Here are the links that we covered:

• Veterans in Tech: Transitioning From Service into the Tech Industry By Kristen Capuzzo Twitter @KCapuzzo @QwasarSV

The week went well.  I have the medals at home, but I realized that I did not take a picture of the medals themselves.

So here's a quick picture of me with the medals after the race.

A quick programing note, we are NOT doing Live shows the week of Thanksgiving. 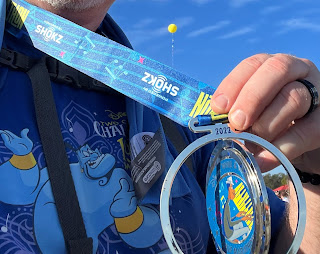 HOWEVER, we do have NEW content that will drop Tuesday at 1 pm and Thanksgiving Day at 1 pm!

Tuesday will be technical content dealing with ACID and Transaction Isolation Levels within SQL Server, Thursday will be a really fun suprise!

We hope you will check out the content, but most importantly we hope you have a great week with your family!  As always Dear Reader, Thank you for stopping by.