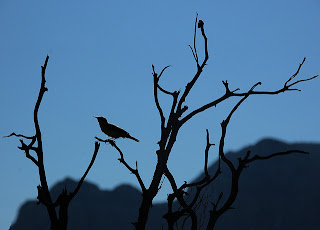 Yesterday for Monday Morning Humor I talked a little about how Twitter was a great resource for learning.  But before we do that I wanted to out myself.  The lovely Mrs. Balls still teases me about this, but I used to make fun of Twitter. I thought it was ridiculous when I first heard of it.  And I swore up and down that I would never use it.
“So Balls”, you say, “What changed your mind?”
Excellent question Dear Reader, SQL Saturday 49 was the start of changing my mind.  I really enjoyed it and was inspired to become more active in the SQL Community.  I looked at what all the top people presenting were doing and wanted to push myself in that direction.  I created a blog, I joined Linkedin, and I joined Twitter.  But my mind wasn’t yet changed.
I fumbled around, added a couple of people that I looked up to or respected.  And by virtue of watching their conversations found more people in our industry, who I respected and were very active in the SQL Community.  Listening SQL MVP’s talk SQL on Twitter is like hearing the CIO tell you what their plans are for the future.  It’s an inside track into a conversation that you wouldn’t be privy to unless you were playing in the Big Leagues.
A book that Brent Ozar (@BrentO | Blog) had written called The Simple Twitter Book really helped as well.  When my Dad signed up on Twitter I sent him a copy of this and said “You should read this ASAP”.   My Dad isn’t in the tech field but he has always been tech savvy, and Twitter can do a lot of things for a business owner.  There are a lot of good tips on etiquette as well as how to make Twitter interesting to you.  And Dear Reader if you are on Twitter and you haven’t read it, go grab a FREE PDF copy and get to reading!
TOP 5 REASONS YOU SHOULD BE ON TWITTER
1.  Paul Randal’s Twitter Feed
Paul Randal(@PaulRandal | Blog) is one of the Owner & Founders of a company named SQLSkills (@sqlskills), he’s a Regional Mentor for the SQL MVP Program, he lead the team that wrote the Storage Engine for SQL 2005 & the Access Methods for SQL 2008.  In other words he’s wicked smart in ways that most of us would like to be.  He and his company share a lot of information freely on Twitter.  And for a while they were doing a weekly Quiz, chocked full of good info on SQL.  As my cartoon yesterday indicated he will say something smart that you will want to remember.  And you can get a lot of learning from this.

If you are having a work Problem and you and your co-workers are stumped, #SQLHelp is a great resource.  In Twitter the Hashtag, aka pound sign #, is used in front of a phrase to make it searchable.  SQL MVP Aaron Nelson (@SQLVariant | Blog) had a brilliant idea that if you need help with SQL throwing this phrase out there would be like our own mini Bat Signal, saying SQL GURU’s HELP OVER HERE, MAN THE LIFE BOATS, or CALL A LOCKSMITH.  However you phrase it, I need some help.  Some of the top minds in our field watch this, and respond during the day with suggestions and answers.  I don’t mind saying I’ve used this more than once and it has been awesome every time.
3.  Blogs
There are so many people whose Blogs I follow, or have learned of because of Twitter.  We as the SQL Community Love to write, we LOVE it like Romeo has this little crush on Juliet.  I’ve got over 240 people that I follow on Twitter, and I would say that around 200 of them Blog.  Whenever I write a new one it goes out on the RSS feed and I announce it on Twitter.  When SQL comes out with a new Service Pack someone blogs about it, when a new CTP comes out for the latest SQL Version 100 people blog on it.  If someone hit’s a bug, they blog on it.  A new technology comes out that your work is looking at, someone probably Blogged on it.  You will find the people you know you can listen to, and you will start watching for their blogs.
4. Events
There is a lot going on out there.  I love Dave Matthews, he’s not touring this year but he is doing a concert for Charity August the 20th, up in Virginia…..where I moved from….., but it’s not Just Dave Matthews.  SQL Solstice taking place in North Carolina in August.  SQL Saturday's, like SQL Saturday 85 (in Orlando September 24th!),  SQL Rally, and SQL Server User Groups.


5.    #MCMPREP
This is another brain child of a great SQL Blogger, Thomas Larock (SQLRockstar | Blog).  Back in November last year Microsoft announced changes to the Certification Program for a Microsoft Certified Master.  Tom had the brilliant idea of holding study sessions on Twitter, now in G+.  One day when I'm not at work and can actually hop onto one.  I'm planning on it.  I'm still ways away from this goal.  But I can't help but want to learn from the people that are already there, or are about to be there.  And I hope you would want to learn from them to!


So there you have it Dear Reader, my Top 5 Reasons for being on Twitter.  There are a lot more, but I'll let you go and find those reasons out for yourself.  Thanks for stopping by again.