Who Do You Work With, Who Drives You, Who Inspires You?

It is Labor Day here in the U.S.A. where we celebrate the folks that go to work every day by taking a day off.  Trust me the irony of the holiday is not lost on me.

I was sitting around Casa De La Balls trying to think of a holiday themed blog.  Most holiday’s we are very busy.  There are Kiddos to attend to, meals to cook, and hopefully some football to watch.  So I have yet to do a “Holiday Themed Blog”.  And to be honest this one was a tricky one at first.

“So Balls,” you say “you’ll ramble on like this for a couple of pages and call it a day?”

I hear you Dear Reader, and I’ll get to the point.  Today is all about work, and there is a saying around the place that I currently work that comes to mind.  “The People Make the Difference.”  And there is a lot of truth to it.  For those of you who are not aware I’m currently a Sr. SQL DBA for Publix Supermarkets.  I studied this company before I decided to leave Washington to join them.  And I really liked what I found, I’m not going to blog about them as a company, but we are a very good one and if you’ve never heard of them I’d encourage you to read up on us.

But today it’s all about the people!

WHO DO YOU WORK WITH?

When you go to work every day you can probably close your eyes and tell me the routine.  I park here, I walk through these doors, I put my stuff down, I check email, I go get coffee, blah blah blah.  But when you think of work there should be some people that you think of right away.

For the past several jobs that I’ve had I can very easily think of the people that when I saw them my day got better.  They were people who would be fun to hang around, were very intelligent at what they did, or had a great personality that made it a pleasure to work with them.

When you get a good team chemistry going you cannot beat it, and you cannot do that alone.  I started out my job history in the IT field as a programmer.  I learned a lot of great things as a programmer.  How to dissect code and look for patterns, how to figure out what is being done, how to look for resources to become familiar with code you’d never written, and how to make the seemingly impossible possible.  That kind of team chemistry requires trust and confidence.

Trust that the people around you know what they are doing.  That trust frees you to be as good as you can be in your chosen field.  If you’re always worried about Database Performance then you are going to study it, and it is a field that takes a lot of study.

You also need Confidence.  You should be confident that your teammates can handle their jobs.  You shouldn’t have to worry about your teammates, I learned about SAN’s from a SAN Engineer that was very smart and was eager to share.  I knew I was learning from him because I was confident in his abilities.  I probably babbled on about database just as much as he did about SAN’s.  That freed me up to become the best Programmer/DBA I could be.

WHO DO YOU WORK WITH THAT TEACHES YOU.

But I didn’t get there overnight.  I had a lot of help.  I had some really good teachers, colleagues, and friends.  I remember one very smart friend in particular, who was my boss at the time, that whenever I hit upon a problem and I didn’t know the answer I would ask him, and he would never give me a straight answer.  It was incredibly frustrating.  I remember complaining about it a time or two twenty until one day I realized what he was doing.  When I would ask a question instead of giving me the answer right away he was leading me to the next logical step.

After a while of this I realized that he was teaching me to troubleshoot the way he did.   My questions then changed from “What does it mean when I see X” to “Where would you go to find more information on X”, and eventually the questions stopped.  I had learned what he knew.  However, like any good mentor he always had some tricks up his sleeve that would impress me from time to time.

As a manager he taught me to be self sufficient.  When I would mentor new people I would provide them with the information that I knew they needed, but then I would help them to ask the questions so they could learn for themselves.

WHO DO YOU WORK WITH WHO DRIVES YOU?

I had another friend who sat right next to me for a couple of years.  My good pal Smitty.  When I first looked at getting certifications I was looking and getting the full suite of .NET programmer certifications.  Smitty kept saying to me, “Balls we should become DBA’s”.  He kept pushing me to go for DBA certifications instead of programming certifications.  I owe a lot to his persistence.

At first we both got the 70-431 book together, and my goal was to do a chapter a day.  As I got into the book I realized a lot of what was in there I already did every day.  I was what you would call an, “unintentional DBA”.  It just so happened those things that made up DBA work were my favorite things to do.  While studying for the certifications I found a lot of best practices and would go to our Sr. DBA’s and say “are we doing this”.  When they said no, I would say can I do it.  We were a small shop and the DBA’s were tasked to capacity.  I already had the permissions needed and they said sure.

At a job after the previous one, at a business meeting I met our Vice President of Microsoft Operations.  We had a really nice conversation and we discussed the areas of Microsoft technologies that I was most interested in.  Not surprisingly we discussed SQL Server quite a bit.  A couple months later out of the blue I got an email from the VP forwarding an invitation to the first 24 Hours of PASS.   I signed up and loved every minute of it.

Fast forward a couple of years and a new place of work and I had some friends, one of whom is none other than Dan Taylor (@DBABulldog | Blog),  that were constantly talking about this SQL Saturday thing.  Last year in Orlando was my first.  And the Impact that my First SQL Saturday had is reflected all over this blog.

When you look at where you are, you’ve got to look at where you’ve been.  Chances are you’ve worked with some people that helped you get there.  Even if it was just a chance email, a someone to study with, or a friend that recommended a new way to learn.  And maybe, just maybe you’ve made someone’s life better just by being you.  We’ve got a saying over at Publix that Mr. George used to say, “Publix will be a little better place, or not quite as good, because of you.”

WHO SUPPORTS YOU WHILE YOU’RE AT WORK 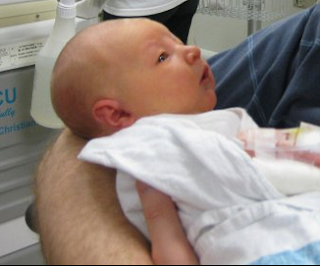 I had a lot of little things that helped move me to where I am today.  But there was one person who is a constant influence and that is my wife.  How do you say Thank You to someone who constantly supports and encourages you?

When I wanted to pack up the family move to a place in Virginia hundreds of miles from friends and family for a job, she let me do it.   When I wanted to move even further so I could work for the President, and she would have to give up working because my commute would be so long that I would be gone before the kids woke up and home just around dinner, she did it.   Participating in SQL Saturday’s, SQL Rally, the PASS Summit, SQL Server User Groups, when I do those things she’s pulling double duty with the kids, or taking off work, or re-arranging her schedule.  Raising a family is hard work, and I couldn’t do what I’ve done without her help and most definitely all of her hard work.

So today when we celebrate those who work in the good old U.S.A. take a look around you and think of the people that have touched your life in some way.  Say Happy Labor Day, and know that you appreciate their hard work.  Don’t forget about the hard work that those close to home put in as well, because they are the ones that make everything else possible.

Happy Labor Day Everybody (especially you my Wife)!

Email ThisBlogThis!Share to TwitterShare to FacebookShare to Pinterest
Labels: Personal